Europe as a tech innovation hub

Europe as a tech innovation hub

How come there are so few European companies that obtain “world dominance” in the tech space? There are for sure large European players in the space, but my impression is that the European tech companies seem to take the position of the technology “under the hood”, and are not particularly successful with consumer oriented offerings.

There is no lack of smart people with the right background in Europe, nor good ideas, nor EU or local government backed initiatives to stir innovation. However, it is by far mostly US companies that gain world dominance in the tech world; Facebook, Google, Microsoft, Apple, etc. Large Asian players also have success in the consumer space, creating well-known brands worldwide; Samsung, SONY, LG, Sharp and lately Alibaba – although I guess this falls into another category as it is more of a China-centric company.

Alibaba seems to have the same reason for success as a lot of the US companies have – access to a large enough home market to become a dominant player there before exporting their success to other markets.

That is not a possibility for European companies. We don´t have access to a large, homogenous market right outside our doorstep, and therefore need to expand to other markets right away.This means facing another culture and language from where the original idea was captured, right off the bat – most often before commercial success has been established. This is for sure an extra hinder on the road to commercial success, and it commands extra time and efforts to get settled into new markets.

One might say that Asian companies also face similar obstacles, however they have managed to build big global consumer brands based mostly on the close access to manufacturing capabilities, and therefore most often had a price point advantage when they started off.

Here in Norway, we see a trend towards entrepreneurs wanting to move to Silicon Valley as soon as possible, because they see access to resources (other entrepreneurs and venture capital) as well as a large, rather homogenous market right outside their doorstep. I have not heard that any of these people have moved due to lack of competence in Norway. Competence is a lack of resource in Silicon Valley as the company begins to grow, and that may come as a hinder.

There is no easy solution to how Europe can create the next consumer oriented global tech company. A split management team between Europe and the US (as we had in Fast Search & Transfer) is probably a long shot for an early start-up. With One2Touch, the company I work with now, a team of 10 is split between 4 locations. Surprisingly, this actually works out pretty good, and we are able to stay close to our markets and suppliers all at the same time. I might suspect that this is easier since we are all senior and hence quite self going. I am not sure a young start-up would function as well with great distances when going through the disillusionment stages that comes with the territory for start-ups. 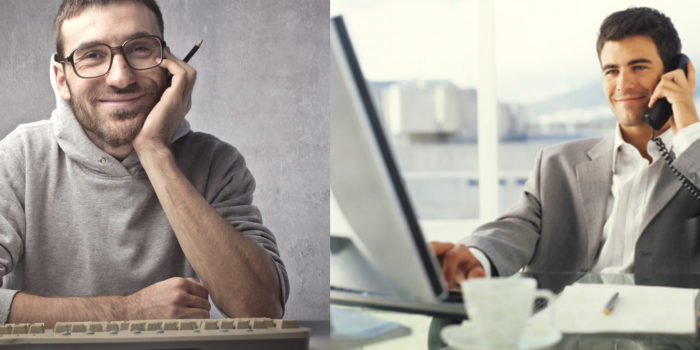 The gray suit was the uniform of people shaping business for most of the past century. Then...

This tweet I did based on an article I read in The New Yorker last month won´t get...