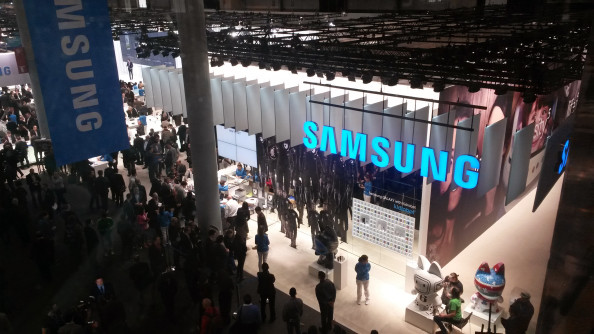 This image pretty much sums up the week – the essence of Barcelona (funky architecture) and the MWC logo in one shot. As usual, the MWC turns Barcelona upside down – in both good and bad ways. The city really needs this event – it´s good for business.

I love Spain, after living there for a year right out of high school. I visit at least once or twice per year, and always find Spain to be heart warm and welcoming. Therefore, I was particularly happy to notice that the city seemed less burdened by economic struggle this year, than I have witnessed the past two years. I asked my cab driver if this was the case, and he didn´t quite agree (two out of his three children in their twenties were unemployed), so it may be a signal that it hasn´t reached people just yet. But, I do hope my impression that the economy has turned for the better proves to be right, and that times are changing for Spain.

You need some patience when moving around the event…

Even though the economy is still unstable, there was little to be noticed on the show floor about this.  The exhibitions were as large and loud as they have been. But, I did notice the absence of several US and European companies this year, neither Google, Nokia, Blackberry, Motorola nor Microsoft had a stand. However, the “old” computing companies made quite the effort – HP and IBM had a large presence. In terms of handset manufacturers, the Asian players had impressive presence, first and foremost Samsung and Huawei, but also ZTE, LG, SHARP and Sony.

So, what does this all mean? My impression is the following:

Fairly busy at the Samsung stand

I went to an offsite I as very excited about at the old venue at Montjuic, and that was an event on Wearable Tech. It was probably one of the most eclectic gatherings of people I have seen in a while. Wearable tech for sure is up and coming, and can be defined as mobile devices, but it had little room at the main event. In fact, the upcoming technologies area was quite a disappointment.

With such a huge trend going on, the GSMA (the organization behind MWC) should be more forward looking one would think, and include more on this. I did not see many Google Glass wearers at MWC, in fact – the only one I saw, was at the offsite Wearable Tech event. MWC is becoming too much of a big display of devices and accessories, I think – and less of an up and coming tech event. Where is the inspiration?

Oh, that might have been inside the conference theatres, which I didn´t have access to this year, I am afraid. It was quite the catch that the GSMA had gotten Mark Zuckerberg to come. And, they also had the co-founder of Whatsapp, Jan Koum, there to speak (at a separate event, though), and he could announce that they will add speech to their app soon. Pretty interesting stuff… it for sure will challenge operator´s position even more.

So, to finalize my somewhat late report of my observations at the MWC this year, here are some of my key take aways:

I have to end off with a photo I wished I had taken in Barcelona this year, but did not – it was taken at the Open Mobile Summit in San Francisco this past fall. It´s a consultant from Misfit Wearables, who´s job it is to test out new wearable technology. Pretty amazing stuff. Where were these people at the MWC? I sure missed this kind of inspiration, and I hope the GSMA will work on that for next year´s event, or I suspect the MWC is slowly, but surely loosing it´s position… 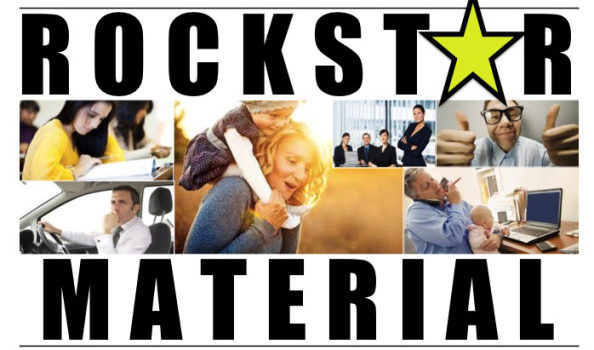 The Many Faces of Entrepreneurship Means You Might Be Rockstar Material

The entrepreneur is the rockstar of today. They are the ones kids dream of becoming,... Some Key Steps to Becoming an Intrapreneur

These times of change demands new thinking. When working inside a large organization, that is not...